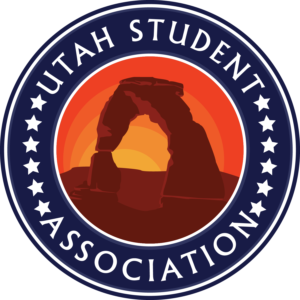 The Utah Student Association leadership is made up of the Student Body Presidents of Utah institutions. There is also a Chief of Staff appointed by the Presidents and an advisor. They are all anxious to advocate on behalf of the higher education students of the State of Utah.

President of the Utah Student Association

Nouman Kante is currently serving his second term as SUU’s Student Body President and is the Utah Student Association President (USA). Nouman was born in Ouelessebougou Mali, West Africa.  In May of 2021 he graduated from SUU with a bachelor’s of science in business administration and a minor in philosophy. He is now in SUU’s MBA program. Some of his favorite things to do include reading, running, biking, hiking, playing soccer, and learning new things. Since being at SUU, he has served in many leadership roles across campus such as Resident Assistant, International Student Ambassador and President of African Union Club. Within USA he will work with Student Body Presidents across the state to implement Lauren’s Promise, create a marketing campaign for FAFSA, offer free menstrual products, and advocate for individuals to both use and display preferred pronouns. He is thrilled and passionate about serving on the USA board and representing all of Utah System of Higher Education’s (USHE’s) institutions.

Lucas Stevens grew up in Ogden, Utah, attending Bonneville High School, where he was involved in student government and athletics. He served a two-year mission for his church in Atlanta, Georgia. At Utah State University, he’s participated in various student organizations; hosted a weekly talk show on Aggie Radio; and taken jobs working for the university, Lockheed Martin, and a local law firm. Last year, he served as the student body vice president. Amidst the height of the pandemic, he advocated for students’ interests concerning fees and campus safety. Currently serving as the student body president, he prioritizes initiatives related to inclusion. As a third-generation USU student, he’s passionate about the exceptional college experience offered at USU and promoting the Aggie family. He’s a senior majoring in Economics and Political Science as a Huntsman Scholar with plans to attend Law School. He enjoys playing volleyball, reading, running, and taking road trips.

As a student, Penny is studying Communications, with an emphasis in Applied Leadership. She loves to help people find and live their dreams. She got involved at DSU as the Administrative Assistant to the Vice President of Student Life and has served as the Vice President of Service for DSUSA. She spent a year and a half as a full-time service volunteer in Eugene, Oregon.
Penny grew up in Orem, Utah, as the youngest of five children. She loves learning and living an active and outdoorsy lifestyle and is interested in fashion, sewing, and clothes!

Paul is a senior studying Business Strategy in the BYU Marriott School. His parents immigrated from Andhra Pradesh, India in the late 90’s and settled in Salt Lake City. Paul loves to breakdance, freeline skate, and play the ukulele on campus. He also is a Guinness world record holder for the longest time to spin a plate on the finger at 2 hours 17 minutes and 24 seconds. His goal in life is to start an Indian food truck business and provide great food to college students. He has served in many leadership capacities in which he loves to connect and serve those around him. As Student Body President, Paul wishes to help build upon BYU’s  welcoming environment with his motto, “To me in this world, there are no strangers, just friends I haven’t met yet”.

Lindsay is from Draper, Utah and is currently studying pre health science at SLCC. This year, Lindsay is focusing on student healing: body, mind and spirit. She is hoping to get student engagement up, while making the campus a safe and welcoming environment for all. She has four beautiful kids at home, but has loved the opportunity to get out of the house and get back to school. She also is a board member on the Draper Historic Theatre board and loves being an audience member there. She plans on applying to the UofU Physician’s Assistant Program if she can ever leave SLCC.

Brady Curtis is a Senior at Snow College where he studies music education with an emphasis in commercial music. Upon graduating this spring, his goals include expanding the reach of his saxophone studio and attending law school to one day practice in the music industry. Building a sense of belonging and community are among his largest goals for the Snow College student body.

Jess Wojciechowski is a third-year undergraduate student majoring in political science with an emphasis in public policy, and is currently the president of the Associated Students of the University of Utah (ASUU). Wojciechowski and her team are the first all-female student body presidency at the U. She is also the first openly queer Student Body President at the U. Elevating marginalized voices has been Wojciechowski’s priority from a young age. Her experiences growing up as a queer woman in Utah have greatly influenced her roles and work at the U and in the community. She has worked for the Utah House of Representatives as a legislative intern and held several leadership roles on campus, including in legislative capacities within ASUU. Wojciechowski is passionate about education and is currently a high school math tutor with intent of starting a career in education and policy work.

Bryson C. Pugh is serving as Student Body President of Utah State University Eastern. He was raised in the small town of Bluebell, UT and loves rural communities. He is the 7th of his siblings to attend USU Eastern and loves the opportunity he has to serve the student body. He is in his sophomore year pursuing a degree in Biology. Bryson’s goals as Student Body President are to provide students with all the resources they need to pursue their education and maintain their physical and emotional health. He has previously served as Vice President of the Serving Utah Network Center at USU Eastern. He is passionate about serving the students and the community. Bryson enjoys listening to, writing, and playing music in his free time. He plans on becoming a Doctor of Veterinary Medicine and returning to his hometown to expand the medical resources to his rural community.

From Provo, Utah, Karen Magaña is a third-year undergraduate majoring in Accounting with a minor in Business Management. Before she was Student Body President, she served as the first Chief Inclusion Officer in UVU’s Student Government. She was able to connect with various campus clubs and organizations to ensure that they had an avenue to express their needs as students on campus. Today, she continues to work to increase access for students, not only to the student government space, but also to campus and community resources. She’s also working on providing more multilingual content to further enhance the accessibility to the student government offices.
When Karen’s not working, she enjoys baking, bike riding, and eating sushi, as well as the occasional movie. After she graduates with her bachelor’s, she plans to pursue a Master’s of Accountancy and eventually qualify for a CPA license.

Ben Ferney is currently serving a second-term as Student Body President at Weber State University in Ogden, Utah. Previously, he graduated high school in Nanjing, China, spent two years as a full-time service volunteer in Sydney, Australia, served as President of the Latter-day Saint Student Association (LDSSA) at Weber State, and has led 114 youth on humanitarian trips in Tonga, Peru, and Zimbabwe.

Ben has attended Weber State since Spring 2017 and will graduate in Spring 2022 with a Master of Professional Communications. Ben was elected as Student Body President in Spring of 2020 and ran with a desire to unite the student body, create a stronger sense of belonging, increase mental health awareness, improve communication and develop deeper relations with the community.
Ben leads seven Student Body Vice Presidents and their teams and is a Trustee on the Weber State University Board of Trustees.  Ben is excited about the future and to make a difference in many lives.

As the Academic Student Representative of the Utah Board of Higher Education for the 2021-2022 school year, Tanner strives to represent and advocate for Utah’s 180K+ college and university students at the state level.

He holds a bachelor’s degrees in Business Finance from BYU-Idaho and is now obtaining a Master of Human Resources and a Master of Business Administration at Utah State’s Jon M. Huntsman School of Business.

Throughout his academic career, Tanner has also held various leadership and other roles at a variety of public and private organizations including Home Care Plus, BYU-Idaho, BYU-Pathway Worldwide, Utah State University, the United States Federal Government, and most recently, Honeywell Aerospace. Following graduation, he plans to pursue a career in HR leadership. He has a deep love of learning, building relationships and connecting with others, championing change, and helping others blaze their own paths to success. In his free time, Tanner enjoys running, reading, laughing, and spending time with family and friends.

Chief of Staff of the Utah Student Association

Cathryn Fitzpatrick is a junior getting her bachelor’s degree in Biology with a minor in Chemistry. Cathryn is from Syracuse, Utah and is a first-generation T-Bird at Southern Utah University. In addition to her role as Chief of Staff, she is the director of Student Life Enhancement at SUU. Previously, she served as the Senate Assistant on the Southern Utah University Student Association. Cathryn loves the opportunity to be an advocate for student voices. She is currently heading a Mental Health Taskforce to advocate for students with mental illnesses. Outside of the classroom, Cathryn enjoys doing Taekwondo and Shotokan martial arts and spending time with friends and family. She is also licensed as an Emergency Medical Technician and Phlebotomist. When she graduates, Cathryn wants to go to medical school and pursue a career in emergency medicine.